November 28, 2017
Today's post will delve into a specific set of plate flaws that are specific to one value from the series: the 2c Pacific Coast totem pole. Two weeks ago I touched on the existence of several different plate flaws involving the eyes on the totem pole.  In total, there are some 33 different varieties, that are located in different positions, on the various panes that comprise a full post office sheet of 600 stamps. Today, I will attempt to illustrate as many of these as I currently have in stock. Then, as I acquire more of the 33 known varieties, I will update this post to add examples.

As a starting point, it is important to know what the normal totem pole looks like: 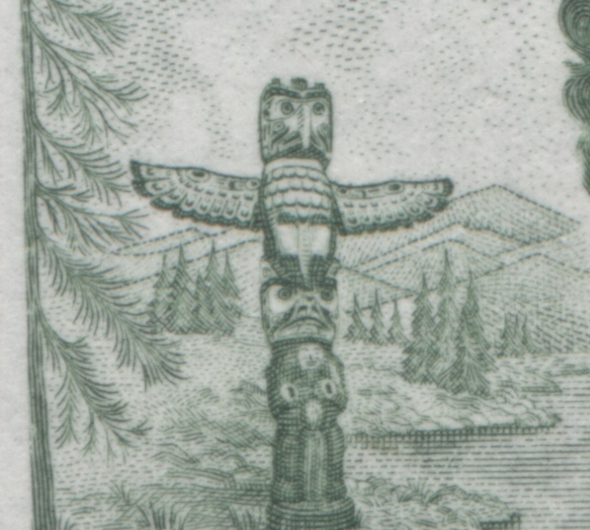 In the normal totem pole, the 4 eyes of both the figure at the top and the figure in the centre of the pole consist of solid circles of colour that are surrounded by a larger circle. These eyes are "closed". The varieties consist in one or more of the four eyes being either: 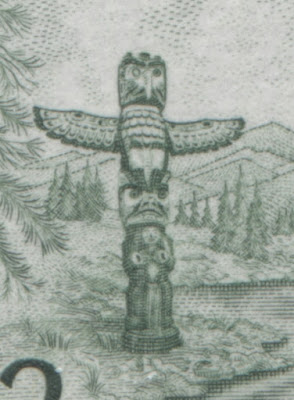 This example consists of three normal eyes and an upper left eye that is fully open. It comes from position 30 of a field stock pane, that would appear, from the selvage width to be the upper right pane. 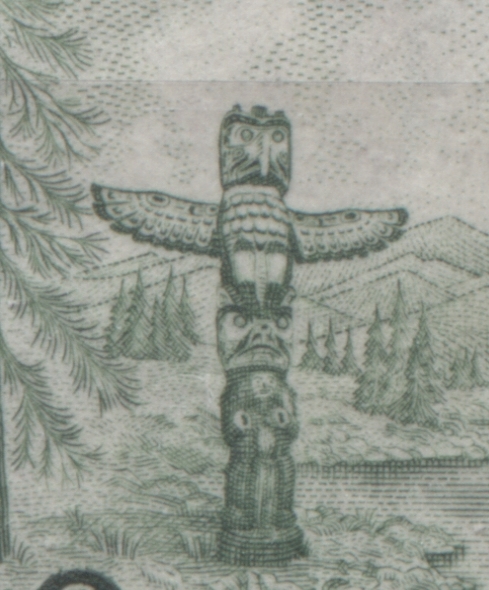 In this example, all four eyes are fully open. This was a single stamp from an unknown position. Actually, Robin Harris's book on the 1967-73 Centennial Issue does list the plate positions for each of these varieties, but I do not have my copy anymore. So I am having to write this post without that information. 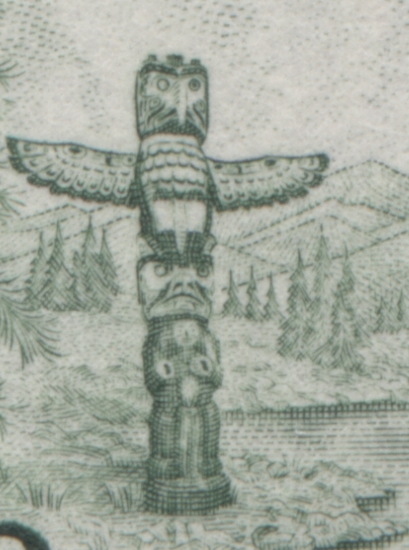 Here we have an example that shows the upper left and lower left eyes fully open, while the two eyes on the right are normal. This is the upper right stamp in an upper left field stock block. From the narrow width of the selvage at the left and top, I would say that it is either from the lower right pane or the lower centre pane.

This next example comes from a block of 6, that judging from the width of the selvage, is one of the top panes. Unfortunately I cannot tell which pane, nor which plate. This one has three normal closed eyes and the bottom left eye open: 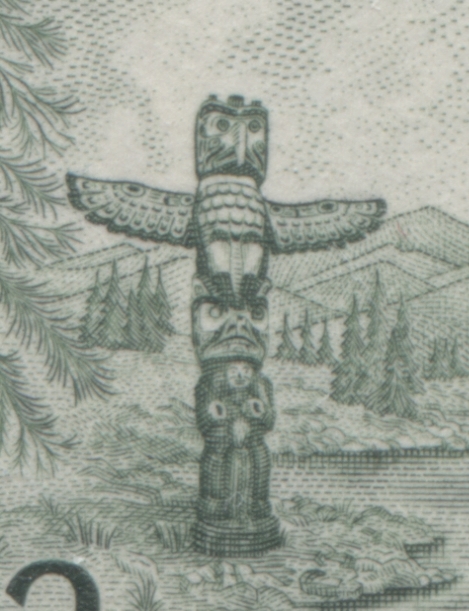 This stamp is the upper left stamp in the block, so it is from one of positions 1-8, but other than that, I do not know which one.

The middle stamp from the top row of this block shows both bottom eyes open: 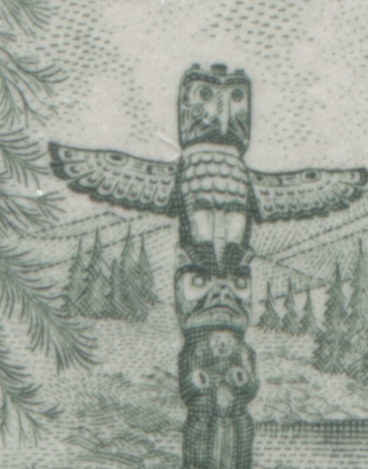 The upper right stamp in this block shows the lower right eye open: 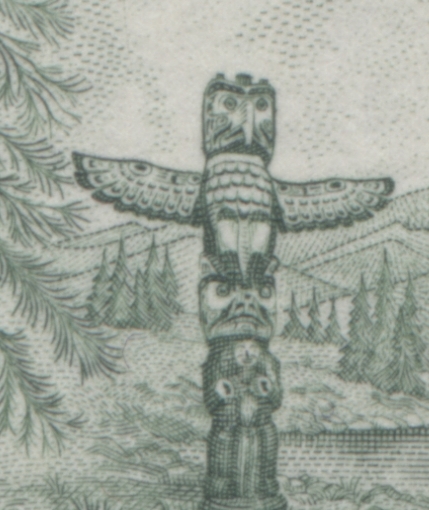 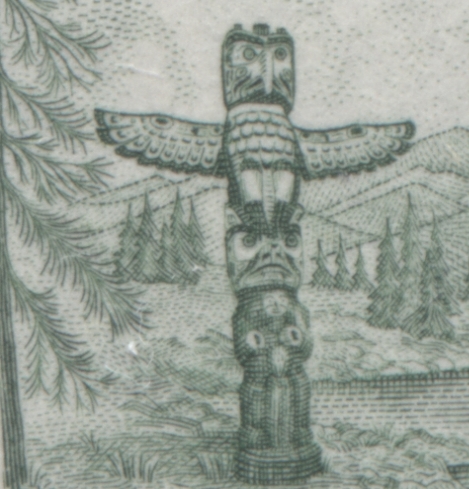 I do not currently have any example of these to illustrate here. However, I will be sure to add some as they become available. 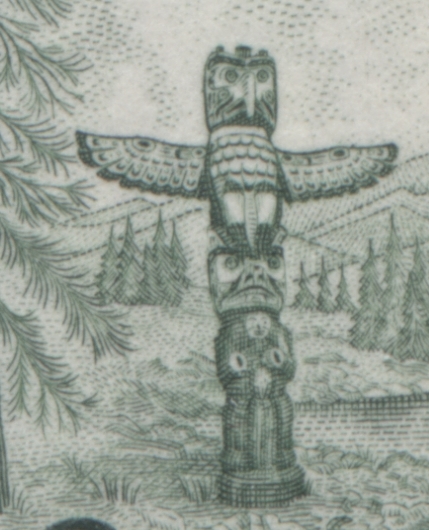 This illustrates 8 of the 33 known varieties. It is less than one third of them, but it represents a good cross section of what the varieties look like. The remaining 25 are all different permutations and combinations of open eyes, closed eyes and crescent shaped eyes.

This brings me to the end of my discussion of the physical characteristics of the Centennial stamps as they apply to the issue as a whole. Before I get into a detailed discussion of each value from the series, I need to first look at the different issue formats other than the sheet stamps. There were four basic issue formats other than sheet stamps, which will be covered in three posts, starting next week:

Next week's post will look at the cello paqs and stapled booklets. The following week, I will look at the integral booklets, and the week after that I will discuss the coil stamps. Then I will be ready to begin a new series of posts, detailing the different varieties of each value from the set, bringing all the information presented in the last 19 posts together and applying it to each value in the set.