October 22, 2015
A few weeks ago I was visiting a local antique store when the owner told me about a small group of covers he had for sale from 1869 and 1870. He showed me the following envelopes: 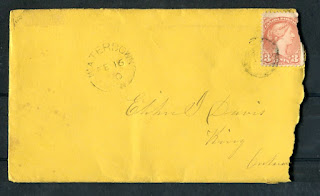 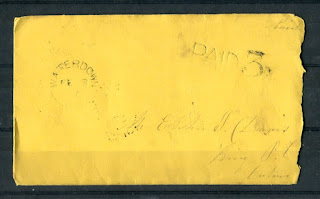 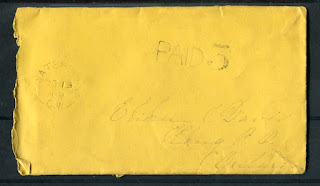 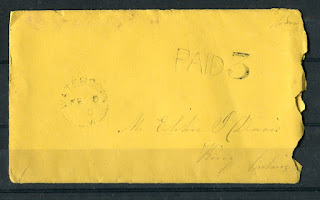 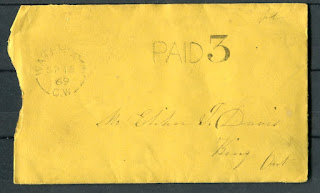 As far as basic covers go, not much to write home about at all:common stampless covers with a common "paid 3" marking and one 3c dull red Small Queen with the stamp torn in half!

But all is often not what it seems in philately: these covers all had the original letters inside! This is very unusual for covers of this age, although it is far more common for material in the 1930's and onward. The letters were all very well preserved: 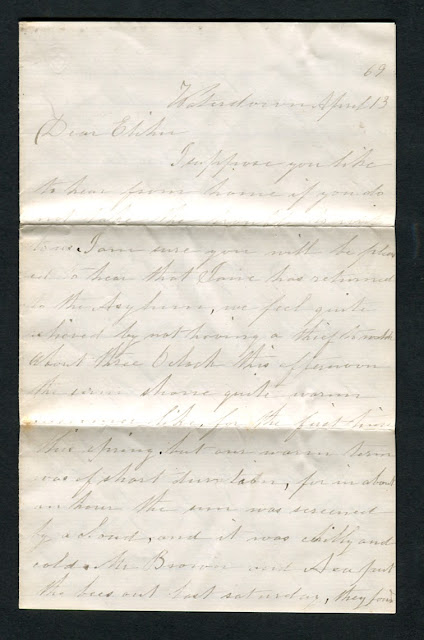 The first page of the first letter sent from Waterdown, Ontario to King City Ontario on September 15, 1869. 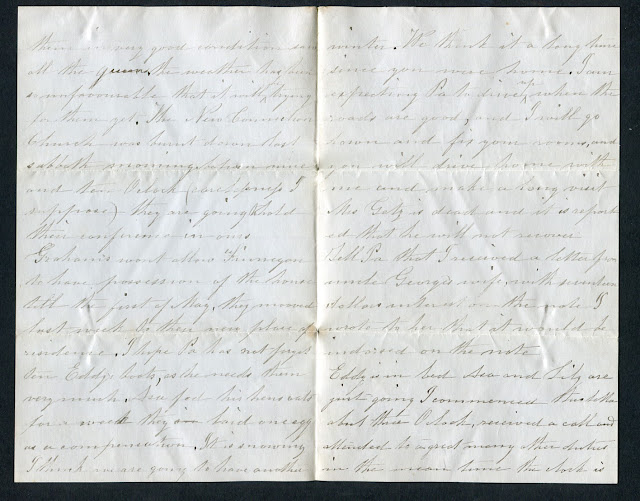 Pages 2 and 3 of the same letter 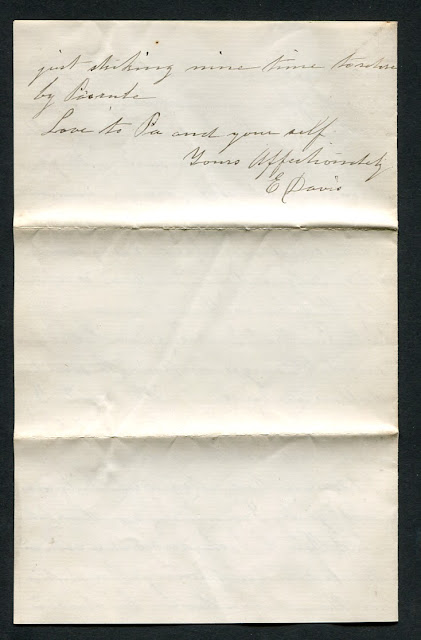 The last page of the first letter. 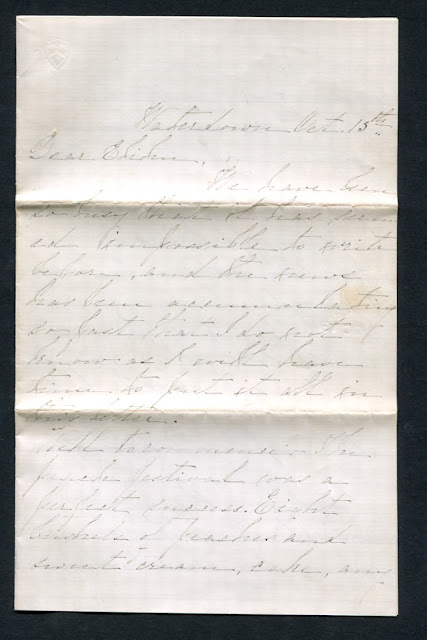 The first page of the second letter sent almost a month later on October 15, 1869. 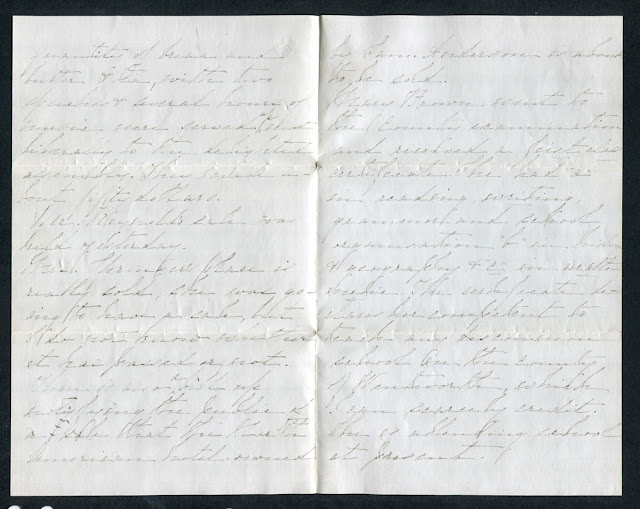 Pages 2 and 3 of the second letter. 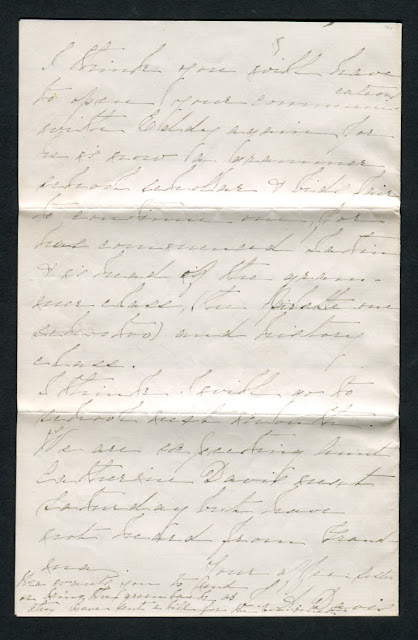 Page 4 of the second letter. 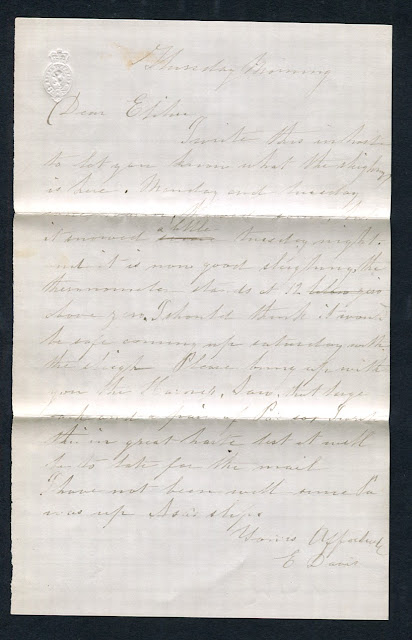 The third letter was a single page. Note the lovely embossed figure in the top corner for Extra Superfine paper. 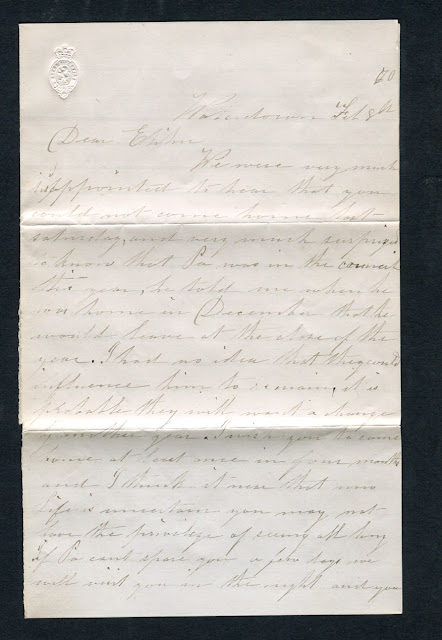 Page 1 of the fourth letter. 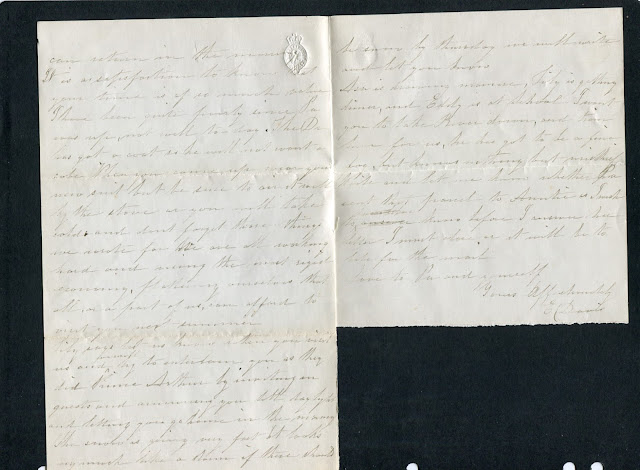 Pages 2 and 3 of the fourth letter. Note that no paper was wasted, as the unused portion of the last page was neatly torn off. 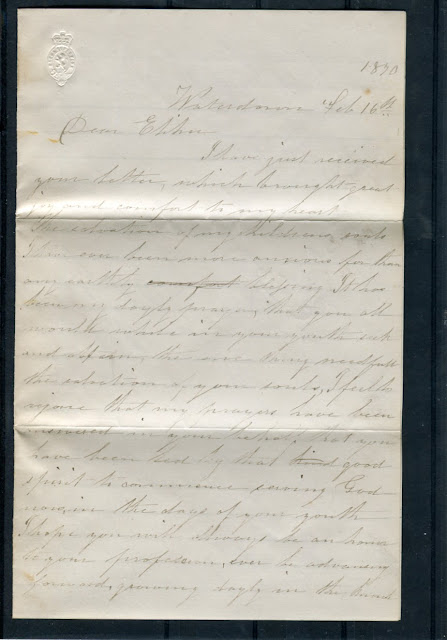 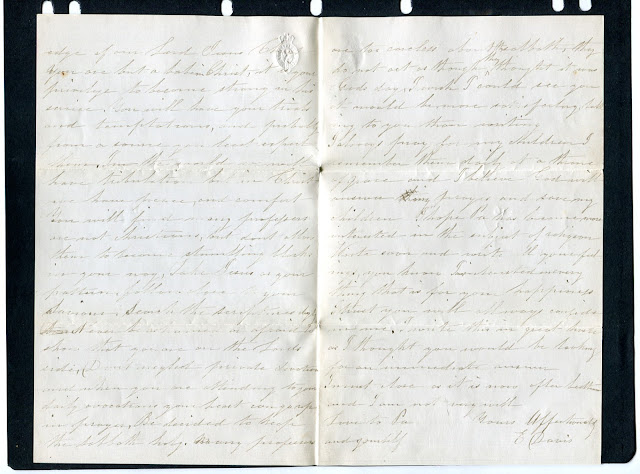 The owner had them all priced at around $15 each - too expensive for just the covers, given the poor condition  of them. However, I figured that the letters had to be worth at least $20 each, and I thought it would be fun to try and find out who sent them and to read them ans see what they were about. So I bought the lot.

I started to read the letters in order, although many of the words are difficult to make out. What struck me about them was how little the writer had to say about themselves and their own thoughts. Most of the content was a reporting of everything that was going on with the lives of various members of the family, plus a very personal appeal in the last letter to "pursue God's work". The writer wrote about the weather being 16 degrees in the middle of an Ontario winter! I later wondered if this reference was in Fahrenheit rather than Celsius, but I suppose it is possible that winter back them was warmer in mid February. In any event, I found it really quite fascinating to read about the happenings in the life of the Davis family between the Autumn of 1869 and the Winter of 1870.

I became interested to try and find out who the Davis family was and whether or not they were prominent Ontarians. Clearly the person sending the letter, E. Davis was a person of means because the last three of these letters were all sent a week apart and 3 cents back then was not a small sum. In addition the paper that the letters were written on is of very high quality. I googled Extra Superfine writing paper and found that it is manufactured by the Hampshire Paper Company in Nashua, NH to this day.

I started googling the Davis Family in Ontario and noted that in the 1800's there was an Andrew Davis who owned a leather tannery business in Kingston, so I figured there was probably some relation. I couldn't for the life of me make out the name of the recipient - it looked kind of like Elizabeth, but the letters were wrong. So I put them all aside for a few weeks and worked on the rest of my material.

Then yesterday I decided to do a finer Google search. I looked up "Davis Family in Waterdown"and "Davis Family in King City, Ontario". Both searches yielded results. The first one revealed that the only prominent Davis residents in Waterdown were indeed Andrew Davis and his wife Elizabeth Pease Davis. Certainly, it was possible that these letters were sent by Elizabeth Pease, as they were signed by "E. Davis".

The second Google search was where I hit the goldmine though. It revealed a book that had been reproduced online that appeared to have been published late in the 19th century. It was about the early history of King City and had a long chapter describing all the early residents. Among that list was a certain Elihu James Davis, who acquired the tannery business from his late father Andrew Davis and became Reeve of King Township. I immediately went back to the letters and looked to see if I could recognize the addressee as Elihu. Instantly, I could recognize the  name. I just couldn't before because it is such an unusual name.

So it quickly became apparent that Elizabeth Pease, who I found out was born in 1822 was writing to her then 18 year old son Elihu. She would have been 47-48 years of age when these letters were written. She was clearly writing the letters to report the family events, but also to admonish him in the third letter for not visiting or writing more often and then urging him in the last letter to find God and the church. In many ways not much has changed: a middle aged parent is trying to guide their newly minted adult child.

I became interested to find out more about Elihu. It turns out that there is a Wikipedia Article written about him. Here is a picture of him in later life: 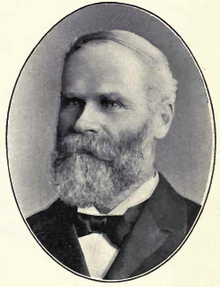 He was born in 1851 and died in 1936 at the age of 84. In addition to serving as the Reeve of the King Township, he represented York North in the Legislative Assembly as a Liberal member from 1888-1904.

I will have the entire group of covers for sale in my store as one grouping either today or tomorrow. If you are interested in acquiring them,please click on the link below: