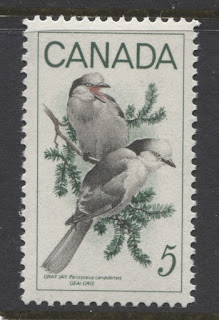 This week I turn my attention to the 1968 commemorative issues. As I point out in my detailed post that follows, this year marks the beginning of a new era in which certain aspects of stamp production that had been experimental in previous years now becomes standard practice. These aspects are:

In this post, I spend a lot of time looking at the papers, which exhibit a wide variety of different physical characteristics, as well as the different types of dextrine gum. Most of these papers and gums are confined to only a few of the 10 stamp issues that were released, while some are only found on a single issue. One area I cover in a lot of depth, as usual is the fluorescence, and I illustrate the different levels of fluorescence found on each of the 10 issues, and explain which levels are standard for the issue and which are scarcer.

I also illustrate the major shade varieties that I have found on the stamps, and note that there are more of them than you might think. Also, I attempt to illustrate most of the constant plate flaws listed in Unitrade, as well as a few non-constant ones that are not listed.

Perforations are another interesting aspect to these issues, because it is in this year that we see the first comb perforations, being the perf. 10. In addition both BABN and CBN use line perforating as well, but BABN's line perforations measure 10.9, while CBN's are the usual 11.85 and 11.95 with compounds. This is the first year since the Small Queen era where there is more than one standard perforation measurement for stamps.

All the details can be found by accessing the full post, which you can do by clicking on the following link: