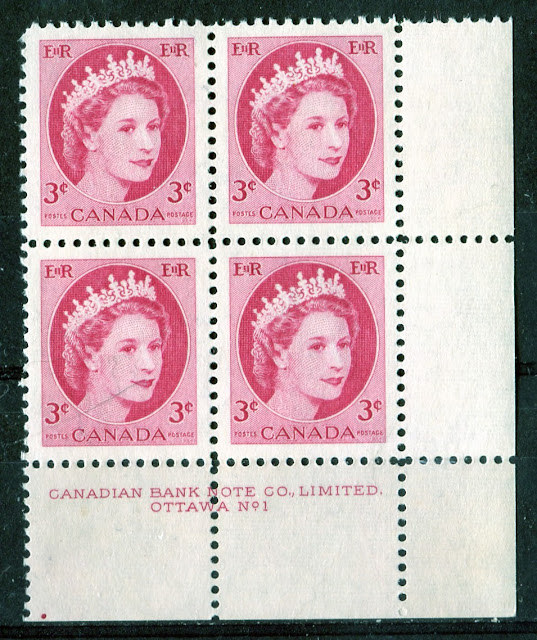 This is a topic that only became apparent as I worked on many hundreds of plate blocks, but has turned out to be one of the mysteries of plate blocks printed in the modern period. Several years ago, I noticed that many lower right blocks and many lower left blocks contained a coloured dot in the lower selvage. I do not know what the significance of these dots are, but it seemed as though every issue from 1935 onward printed by the Canadian Bank Note Company has these dots only on the two lower positions. 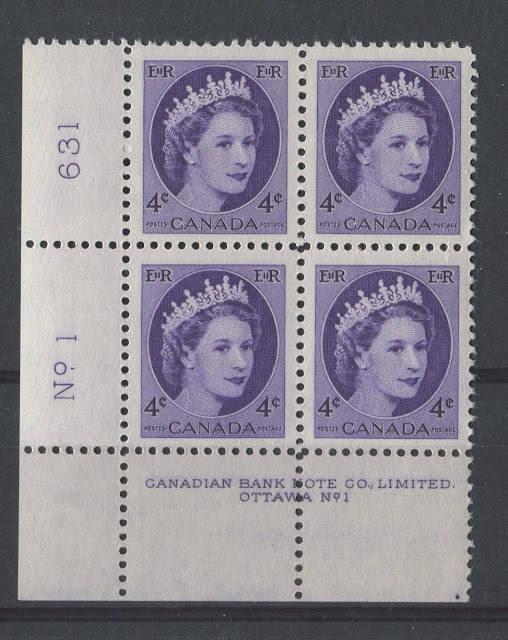 It would be easy to assume that all the blocks have these dots in the same position, but then I came across the blocks from the high numbered plates on the vertical wove paper, and this is what I found: 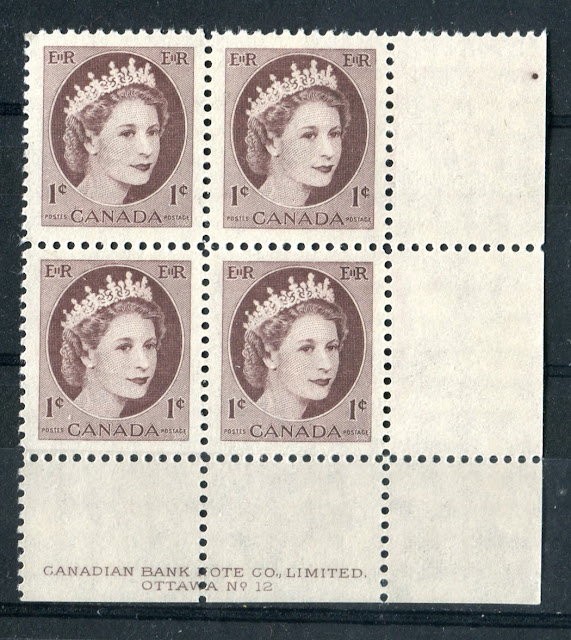 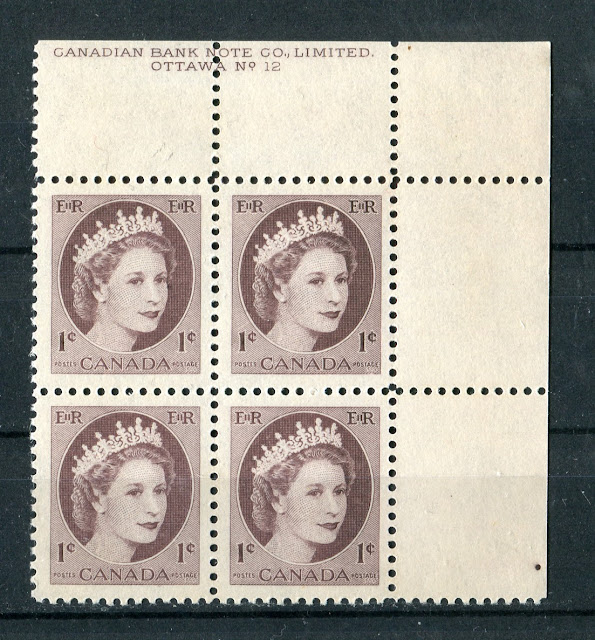 On these blocks, we can see that instead of being located on the two bottom positions, they are instead found on the two right positions, which is consistent with the fact that the printing plates were rotated sideways when the sheet format was changed from 400 subjects to 600 subjects.

However, it is not nearly so simple as this. In working with some of the blocks from the higher plates, I noticed that some of them have no position dots at all, like these two 5c blocks from plate 17: 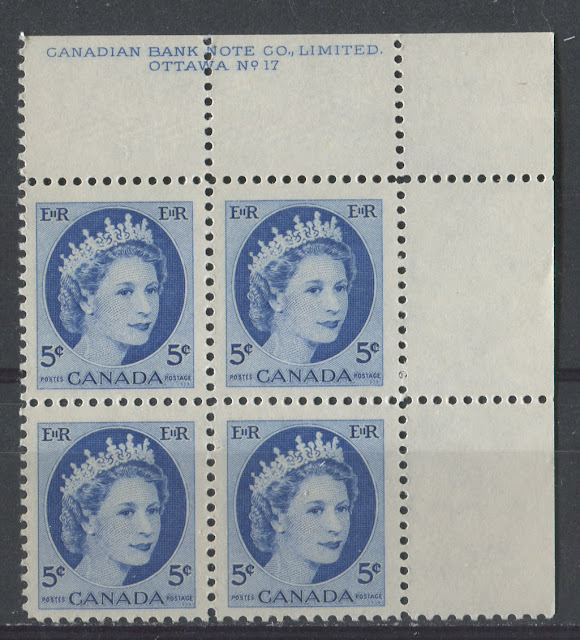 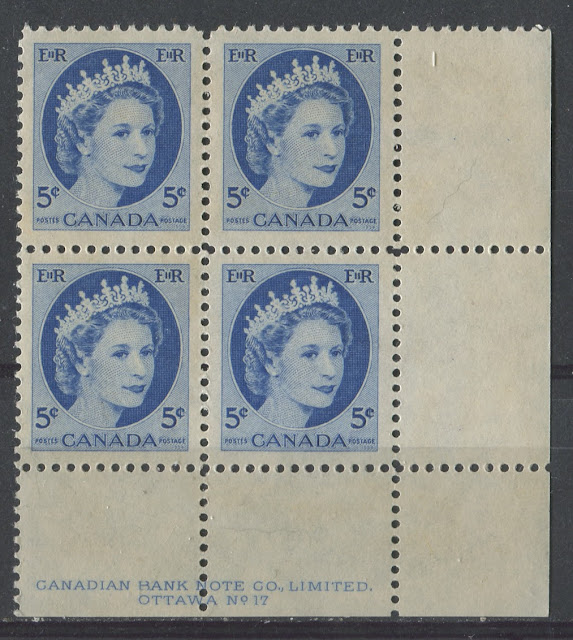 As you can see, there are no dots at all on these, even though there should be, based on what we have seen so far. It is possible that none of the blocks from plate 17 have dots, or that maybe some do and some don't. This is a ripe topic for further detailed study. 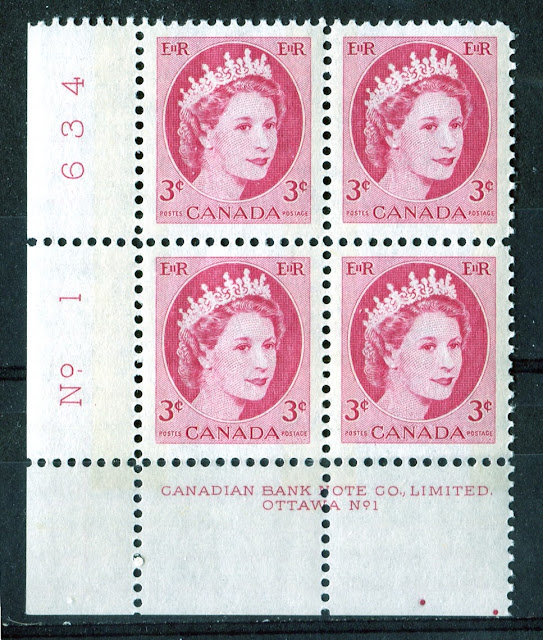 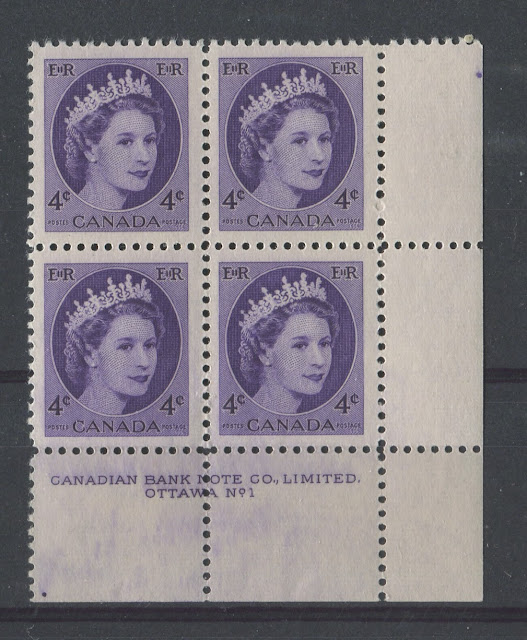 On this lower right block there are two dots, the first of which is where you would expect it to be. However, the second dot is located in the right selvage, just as it would be if this were one of the later printings on vertical wove paper. Now all of the sudden, there is a third type on the 4c value and it begs the question as to how many plates it exists on. 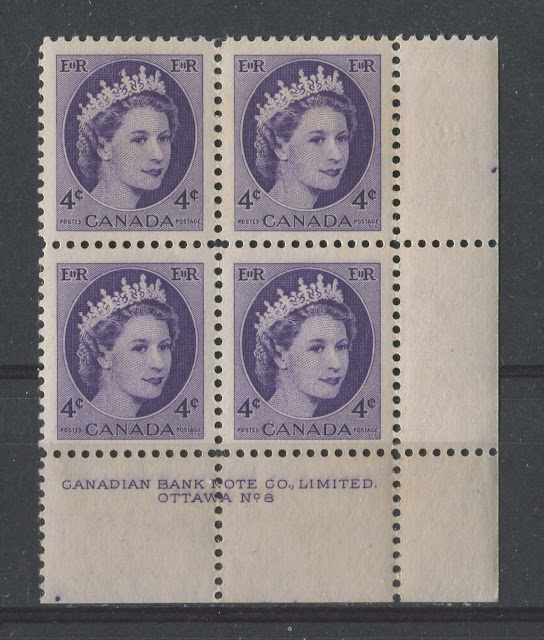 Again this lower right position has two dots, but the second dot is in a lower vertical position from the one above. 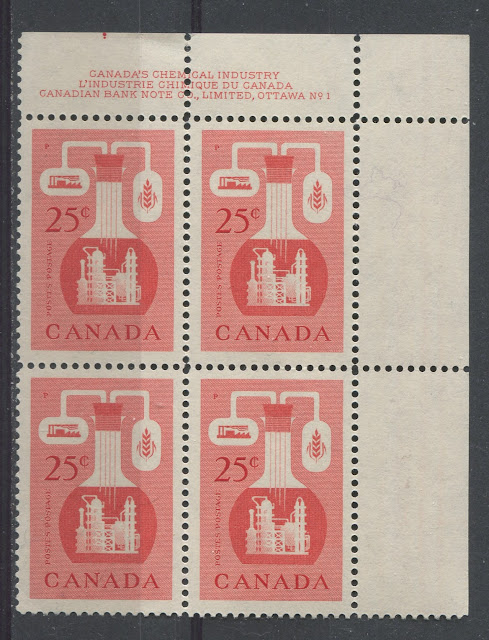 Finally on this block there are two dots, one above the other, over the "A" of "Canada's". Furthermore, you can just make out a feint horizontal line under the lower position dot. What is interesting about this block is that the dots appear on the upper right position at the top, which is not seen on any of the other values.

So in conclusion, what at first appears to be a small minor detail, has become a source of intrigue. What do these position dots represent? How many different combinations are there? What plates are they found on? Are any rare?