Showing posts from April, 2017
Show all

April 26, 2017
I have updated the first post on the 1932-1935 Medallion issue to correct an error that was brought to my attention by Mr. Julian Goldberg, a philatelist in Toronto. Apparently the 1c stamp which Unitrade classifies as a flat printing #195d, is actually not a flat plate printing at all, but is a dry rotary printing. You can read about it in more detail by clicking the following link: http://canadianphilately.blogspot.ca/2016/10/the-medallion-issue-of-1932-1935-part-1.html
3 comments
Read more 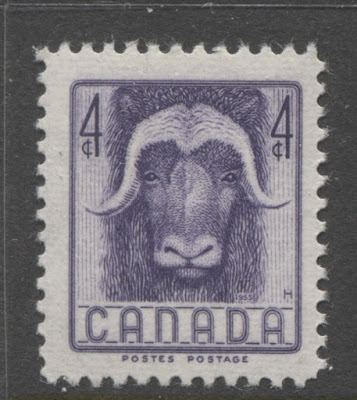 Today, we get firmly into the commemoratives of Queen Elizabeth II's reign. Between 1955 and 1957, the Canadian post office released 21 commemorative stamps. The Prime Ministers series, which had been started in 1951 concludes during this period in 1955, as does the Wildlife Issue, which was begun in 1953. It has stamps featured from each of the three years, with the loon stamp of 1957 being the last one. During this period we see the re-appearance of bi-coloured commemorative stamps, with the 1955 World Boy Scout Jamboree Issue and the 1956 Fire Prevention Issue. Also, the very first se-tenant designs appear - a trend that continues to this day, and dominates the face of Canadian stamp production. Se-tenant simply refers to two or more different stamp designs printed together on the same sheet, and it first appears during this period the the 1957 Recreation Sports Issue. The layout of the designs within the sheets is such that it is possible to collect 21 different se-tenant co
Post a Comment
Read more 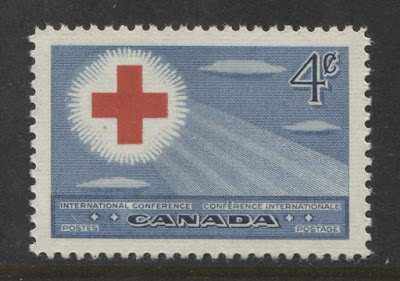 Today's post takes us through the very first commemorative stamp issues of Queen Elizabeth's reign. During the first three years of her reign, the post office released six different issues, which comprised 11 stamps in total. Two of these issues were a continuation of the Prime Ministers series that had begun in 1951, while a new multi-year Wildlife series was started in 1953. The first of these issues, the Red Cross Conference issue, which was released on July 26, 1952, was the first stamp of Canada to be produced from a printing technique other than engraving. It was produced from a combination of engraving and lithography. Another first, was that this period featured the first commemorative issue to be issued in booklet form. This issue was the 5c beaver from the 1954 Wildlife Issue, that was released on April 1, 1954. Despite there being no listed varieties in Unitrade, patience and close attention will reveal that there are some really good shades to be found, paper v
1 comment
Read more
More posts