December 26, 2015
This post will deal with some of the errors and oddities that are found on this issue. I will say that overall this was a very well printed issue that seems to have suffered from few mishaps. However, with patience and careful examination of the stamps, there are interesting oddities to be found. 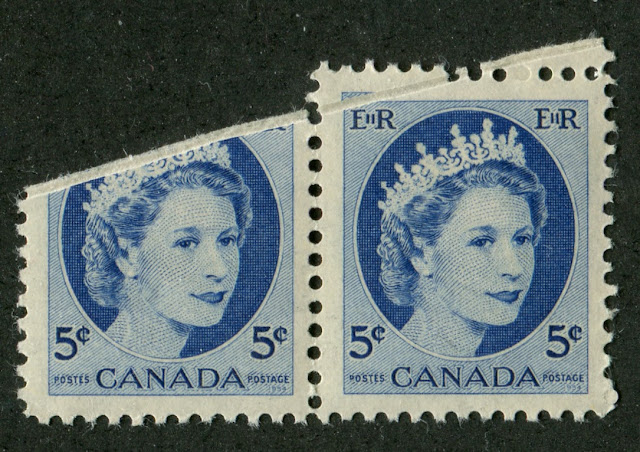 The above freak is the result of a crease in the stamp paper that occurred before printing. The design was printed over the creased paper, which then left an unprinted void when the crease was opened out.

This variety is really more of a deformity of the "E"in the left "EIIR"of some of the 2c, 4c and 5c coil stamps. It is a constant variety that can be found in complete rolls of the coil stamps. So in a sense it is the most common of all the varieties in this post. I do not know what the cause is, but it is likely some aspect of the coil production and the same thing that was responsible for the weak corner variety on the 2c Postes-postage coils and the narrow "1" and damaged "2" varieties on the 1935 Pictorial issue coils.

This semi-circular arc flaw has been found on the 2c green. I do not know if it is constant, or is found on any other values. I think it likely is a freak flaw. 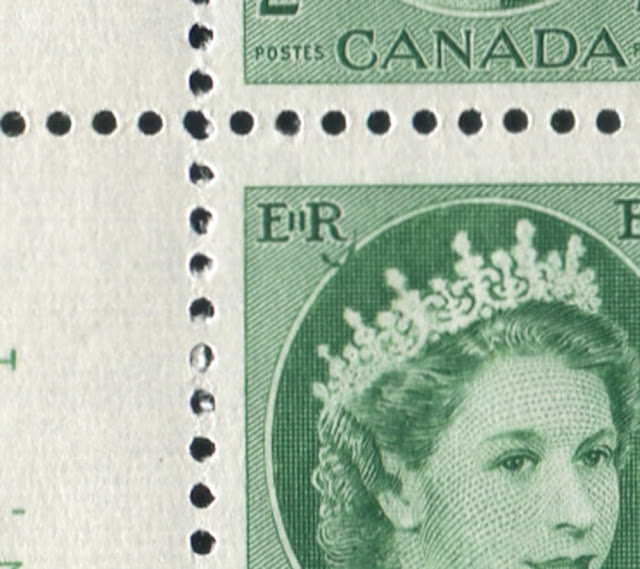 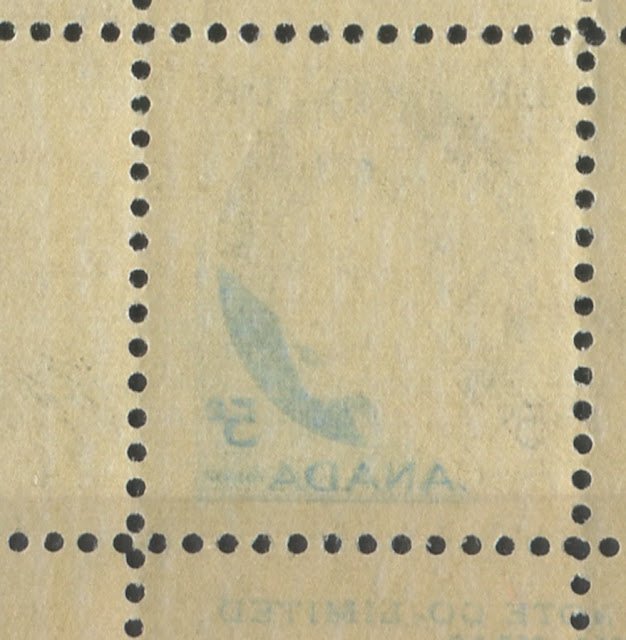 I really like this one. This variety shows a portion of the design printed on the back underneath the gum. I have seen other similar varieties offered for sale by Saskatoon Stamp Centre. But they are really uncommon, this being the first one I have ever seen personally. 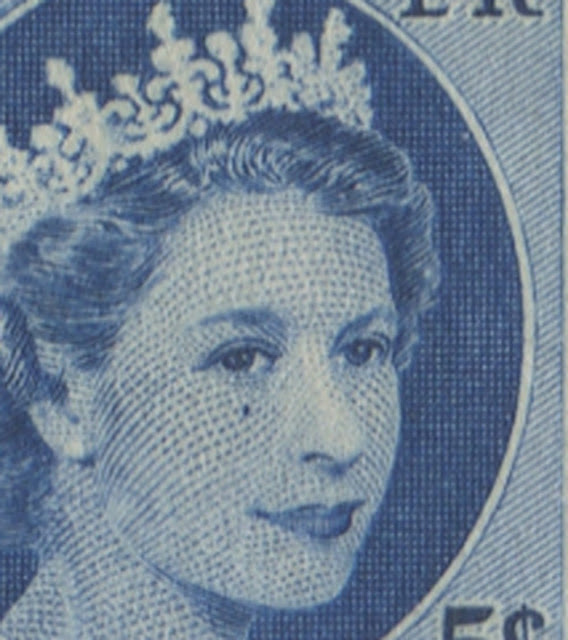 The CBN seems to have a penchant for portraying the queen weeping. We have the "Weeping Princess" variety on the 1c Silver Jubilee Issue of 1935, and the Weeping Queen on the 1972 Caricature Issue. It may surprise you to see that such a variety exists on this issue as well. I have only come across it on the 5c shown above. I do not know whether or not it is a constant variety, or just a one-off, but it is nevertheless interesting in light of the fact that it is found on several issues featuring the Queen.

Unitrade just started listing minor re-entries on this issue, with a single listing for the 5c involving doubling of the upper left corner. The above scan shows another such re-entry. If you look carefully at the frameline in the middle of the scan, you can just make out a very slight doubling of the line. 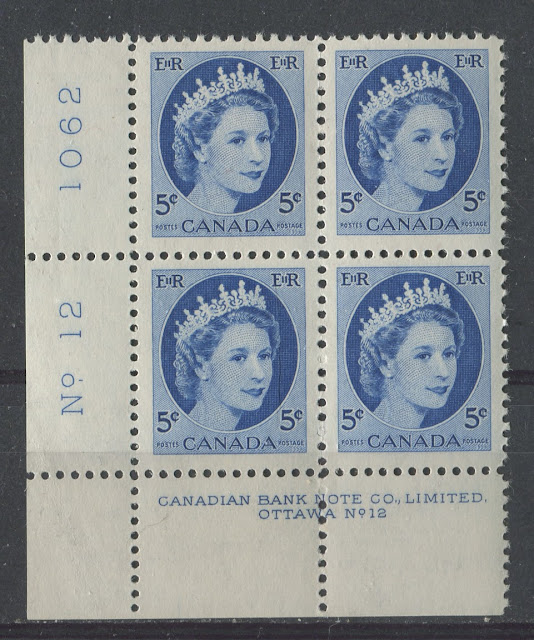 Usually a cracked plate will show either a strong jagged line in the margins or fine hairlines across the stamps. However I have noticed on the lower left positions of plates 12 and 13 some fine hairlines in the left margin. I don't think the above scan shows them clearly, though they are visible when the blocks are handled in the flesh.

This concludes a brief roundup of some of the oddities to be found on this issue. If any of you have other EFO's from this issue, I would love to feature images in this post. Please message me if you are interested to have them featured. I will give full credit to you of course.